A stray poodle on her last leg of life got a second chance thanks to an unlikely hero. "Roxie was fading really fast when she arrived at our Second Chance Animal Trauma Hospital," said Ashleigh Goebel, media coordinator at the Arizona Humane Society. Emergency responders found Roxie in the Phoenix area. The canine was suffering from E. Canis, a tick-borne disease that left her extremely dehydrated, lethargic and unable to stand on her own. That’s when an 83-pound pit bull stepped in and saved the day.

"Tank is the sweetest dog in the world," said Goebel. "He looks intimidating but has a heart of gold."

He became Roxie’s blood donor. And thanks to the quick actions of the Second Chance team, veterinarians removed some of Tank's blood while he underwent a minor medical treatment to remove a mass. 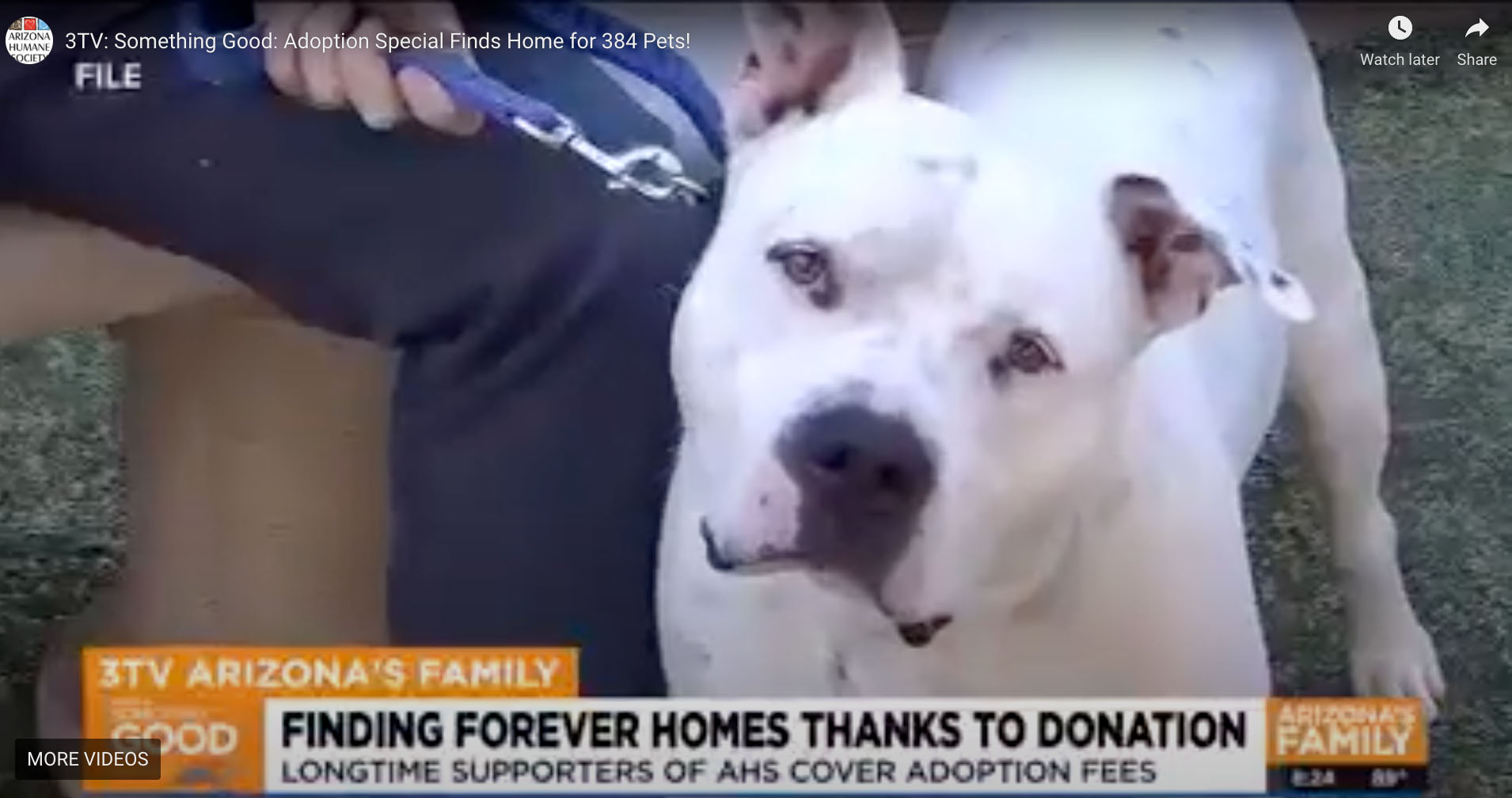 We Want Your Photos To Dispel the Pit Bull Myth